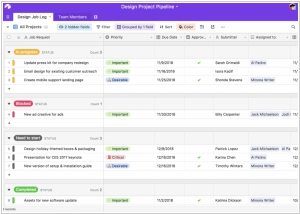 Get work done with your co-workers and clients on a social work platform that you make your own. Work with any group of people inside a workspace and your entire company in your Employee Network. Owned by Citrix
Airtable vs Podio in our news:
2020. Airtable raises $185M and launches new low-code and automation features