Microsoft Teams is the chat-based workspace in Office 365 that integrates all the people, content, and tools your team needs to be more engaged and effective.
2
Zoom 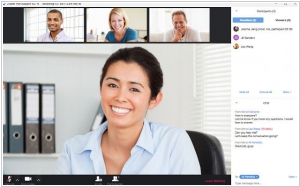 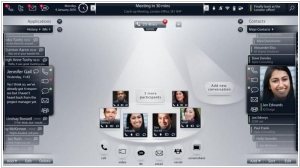 With Avaya platform that delivers rock-solid reliability and remarkable adaptability, you can support new collaboration capabilities, applications, and customer services immediately. Choose from more than 700 features and an ever expanding, customizable applications portfolio. Plus, count on unrivaled scalability and flexibility to support everything from click-to-dial video conferencing to sophisticated contact center systems, in locations from small branches to corporate headquarters.
4
Cisco Unified Communications 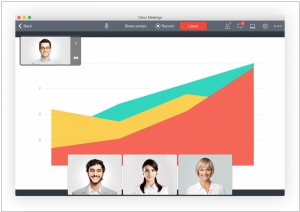 With Cisco Unified Communications, your company can connect co-workers, partners, vendors, and customers with the information and expertise they need, access and share video on the desktop, on the road, and on-demand, as easily as making a phone call, facilitate better team interactions, dynamically bringing together individuals, virtual workgroups, and teams, make mobile devices extensions of the corporate network so mobile workers can be productive anywhere
5
Yeastar

A Complete Unified Communications Suite. Everything you need to break down boundaries and bring together your teams and customers.
6
Amazon Chime 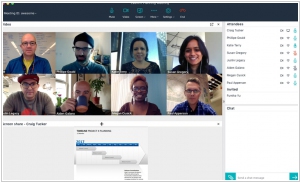 Amazon Chime is a secure, real-time, unified communications service that transforms meetings by making them more efficient and easier to conduct. The service delivers high-quality audio and video through an application that is easy to use and stays in sync across all of your devices. With Amazon Chime, meetings start on time, and a visual roster makes them easy to manage.
7
Oracle Communications

Oracle Unified Communications is built to support carrier-grade reliability and availability, the portfolio enables enterprises to collaborate at a lower total cost than competing solutions and allows service providers to own the communication experience.
8
HCL Sametime 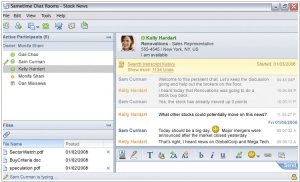 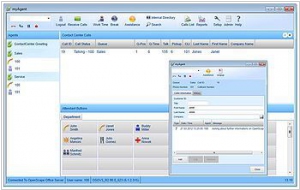 Unify empowers today's anywhere workers with the tools to communicate and collaborate more productively. By synchronizing technologies, creating an engaging user experience and weaving communications seamlessly into the way businesses operate, we empower an increasingly mobile workforce to work better together.
10
NetFortris 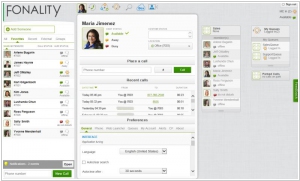 France-based company Atos Origin announced it is acquiring Unify for $371M to move into the enterprise unified communications market. Its former owner, Siemens AG now owns a 12% stake in Atos. Atos's acquisition of Unify should be a "win-win" for both companies. Atos is a huge services firm and it picks up one of the leading products in the emerging WCC space. Because it is delivered as an "as a service" model, the product should appeal broadly to not only IT buyers but also lines of business, enabling Atos to sell to a broader audience.