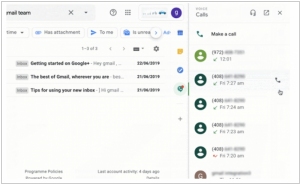 Google Voice is a telephone service that provides call forwarding and voicemail services, voice and text messaging as well as international call termination for Google Account owners and for G Suite customers.