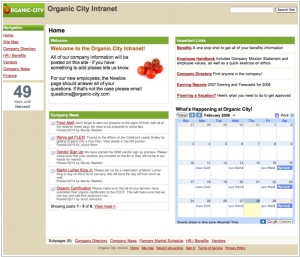 Google Sites is a structured wiki- and web page- creation tool offered by Google as part of the Google's Productivity suite. Unlike most alternatives Google Sites is free. For those businesses that still don't realize that the great majority of their customers coming (or would like to come) to their site via smartphones, Google launched the new initiative GoMo. This service allows you to see how your site looking in the mobile browser and find an appropriate service for building mobile site version (Google Sites is also in the list). Who should think about the mobile site version? First of all, it's online stores. Because browsing stores on a smartphone - is the most popular activity among those sitting in a toilet. Second, that are local businesses: cafes, restaurants, hotels, shops, medical services, hair salons, car repair ... - all the things that city visitor or local inhabitant may need. Google is launching new functionality in Sites that allows users to create a simple mobile landing page for free. Similar to templates for Google Sites web pages, Sites for Mobile allows users to pick a template that suits the consumer’s needs. For example, Sites offers and e-commerce template for users who want a mobile site to sell products (via Google Checkout). Google also offers customer mobile templates for local businesses, restaurants, lead generation and social. On these mobile sites, businesses and users can include the ability to integrate their Facebook, Twitter, YouTube, LinkedIn and other social accounts. Users can also feature the phone number, directions to their business, coupons, menus and more. Businesses can also get analytics on traffic to their mobile sites. As you know, Google Apps has no specialized project management solution, and this is very disappointing, as there are many other useful utilities for online workgroups there. However, there are three tools that can be used to solve this problem. And the first of them is Google Sites. You can use Google Sites to manage one large project, or create a site for each small project in it (there are even some templates for project sites). Since Google Sites is, in fact, a wiki, you can easily work with the project documentation there. In addition, Google Sites allows you to embed group calendar (Google Calendar), task list (Google Tasks) and documents from Google Docs. All these elements are very useful for project management, but of course, task collaboration in this solution - is the weakness. As was promised by Data Liberation Front, Google opens access to the data stored inside its intranet-service Google Sites. It's implemented in a form of Google Sites API. So, from now, users shouldn't worry that they can't backup or import their data in a suitable format. But "data liberation" is not the main reason why Google Sites API was created. It's rather a necessary move to survive. Because Google is developing all these business tools not to make money, but to compete with Microsoft and to draw its attention from the search/advertising market. And if Google Sites doesn't rival its antipode - Sharepoint, it has a chance to be dismissed. Wikis (like Wikispaces) can be incredibly useful. But for some reason collaborating groups haven’t jumped on the bandwagon yet. It’s no surprise that Google wanted to be a player in this space with their acquisition of Jotspot in 2006. We’ve been patiently waiting to see how Google would finally make wikis relevant and approachable to the every day user. The application is the first Google service deployed exclusively for Google Apps. Anyone who has ever created or edited a Google Doc will feel right at home in Google Sites. Users do not need to know any markup language to edit pages, one of the biggest drawbacks of most wiki applications. Google Sites borrows the familiar WYSIWYG toolbar from Google Docs. Similar to Google Docs, you can opt to share your Google Sites within your company, with the world or not at all. The entire application environment is clean and straightforward, and not at all intimidating to those who have never edited a site before. Google has acquired the wiki service JotSpot. JotSpot is one of a few wikis that is easier to write in than the first generation of wikis. Early wikis required you to write your links and formatting in wiki code, which is quite straightforward, but also quite different from standard HTML and from working with a WYSIWYG word processor, such as Word or Google Docs. The newer WYSIWYG wikis like Basecamp's Writeboard make creating a group document almost as easy as working in a word processor. Microsoft and other productivity suite companies, such as Zoho and Thinkfree, will have to figure out how to respond. Microsoft will have the most trouble, as long as it clings to its installed base of Office software users.