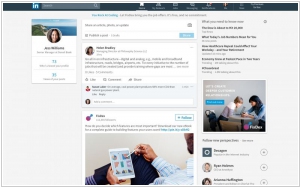 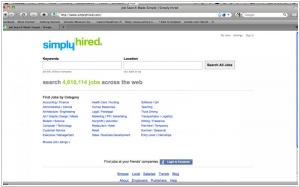 Search for job opportunities across the U.S. on Simply Hired. Browse by job category, city, state, employer and more. Get a head start and post your resume. We work hard to deliver the most relevant job search results on the web. Our algorithms are optimized for over 500,000 keywords across 1,000 different job categories!
LinkedIn vs SimplyHired in our news: LinkedIn is unveiling redesign of its desktop site, complete with a simpler, app-like look; a new messaging experience that appears as a pop-up on the homepage; and updated search features. LinkedIn said the new desktop version will be rolling out globally over the next few weeks. The new app is moving away from the busy pages of the past and attempting to reduce clutter by reducing the navigation to seven areas: Home (Your Feed), Messaging, Jobs, Notifications, Me (your old profile page), My Network, and Search. Besides LinkedIn has introduced its own form of chatbots. They are little helpers that will suggest things to talk about to “break the ice” with people. They will also suggest people you can chat with at companies if you aren’t even at the ice-breaking point.