JIRA provides issue tracking and project tracking for software development teams to improve code quality and the speed of development. Combining a clean, fast interface for capturing and organising issues with customisable workflows, OpenSocial dashboards and a pluggable integration framework, JIRA is the perfect fit at the centre of your development team.
13
Kissflow 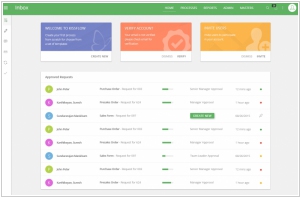 One platform to optimize, manage, and track all of your work: process management, case management, project management
JIRA vs Kissflow in our news:
2020. Atlassian acquires asset management company Mindville