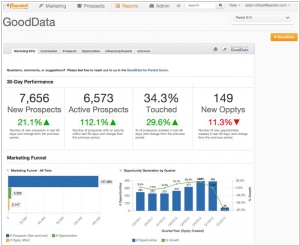 Powered by advanced business intelligence tools & technology, the GoodData platform leads the industry in SaaS BI. Connect to structured and unstructured data from any source. Gather and store complete history. Integrate and validate data, and apply business rules on the fly for contextual analysis. Execute descriptive and predictive analysis through an extensive library of functions and features. Report, collaborate, and uncover insights through a comprehensive, diverse set of visualizations
25
Microsoft Power BI 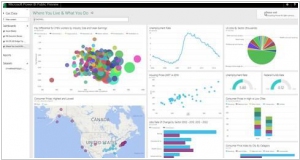 Power BI transforms your company's data into rich visuals for you to collect and organize so you can focus on what matters to you. Stay in the know, spot trends as they happen, and push your business further.
GoodData vs Microsoft Power BI in our news:
2015. Microsoft integrates Cortana into Power BI service