Cortana is #2 in Top 12 Virtual Assistants 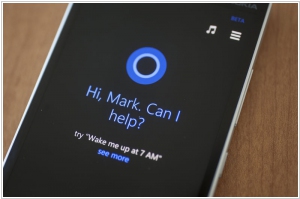 Cortana is your personal assistant on your Windows computer. She's there to help make things easier for you and keep you up to date on the things that matter to you. Whether it’s to keep you looped in with your world or help you manage your everyday life, Cortana is there for you. Cortana may have failed as a virtual assistant for consumers, but Microsoft is still betting on it for business use cases, now that it has rebranded it as a “personal productivity assistant” as part of Microsoft 365. Today Microsoft has launched and announced a number of new Cortana services for business users. These include the general availability of Cortana for the new Microsoft Teams displays the company is launching in partnership with a number of hardware vendors. You can think of these as dedicated smart displays for Teams that are somewhat akin to Google Assistant-enabled smart displays, for example — but with the sole focus on meetings. These days, it’s hard to enable a device like this without support for a voice assistant, so there you go.


2020. Microsoft to sunset Cortana on iOS and Android in pivot to productivity-focused assistant

Microsoft will shut down Cortana on iOS, Android and Surface Headphones. The decision reflects Microsoft’s focus on business and enterprise technology over consumer offerings. Microsoft will focus on repurposing aspects of Cortana for its suite of productivity products Microsoft 365 rather than attempting to compete on consumer devices with leaders in the virtual assistant space, like Apple, Google, and Amazon. Cortana has fallen behind those competitors as Microsoft doubles down on enterprise technology. With the next version of Windows 10, coming this spring, Microsoft’s Cortana digital assistant will lose a number of consumer skills around music and connected homes, as well as some third-party skills. As the company explained last year, it now mostly thinks of Cortana as a service for business users. The new Cortana is all about productivity, with deep integrations into Microsoft’s suite of Office tools, for example. In this context, consumer services are only a distraction, and Microsoft is leaving that market to the likes of Amazon and Google. For now, all of this only applies to English-speaking users in the U.S. Outside of the U.S., most of the productivity features will launch in the future. Microsoft’s virtual assistant Cortana has finally arrived in Skype, offering users in-context assistance during their chats, as well as the option to message Cortana directly to ask questions or get help with a number of other tasks. The idea to bring an A.I.-like helper to mobile messaging isn’t unique to Microsoft. Google’s Allo app is aided by Google Assistant, while Facebook Messenger has its own assistant, “M,” for example. Cortana can offer other input, like restaurant options, movie reviews, a good place to meet, a fact it knows the answer to, and more. Plus, the assistant can help with scheduling events and setting up reminders, which are then synced to your other devices where Cortana is enabled, like your Windows 10 PC. Virtual assistant Cortana is still not very popular on iOS and Android. So Microsoft decided to redesign it. With Cortana’s makeover, the more popular “quick actions,” as they’re called, have been given a more prominent position. While you still access them with a tap from the main screen, those things you do the most — like viewing your day, viewing or setting reminders, checking meetings and reading the news — have moved to the front of the experience. The black-and-white theme is gone in favor of a very purple one. And, under the hood, Microsoft has made speed improvements so the app feels faster than before. Microsoft released beta version of Cortana on Google Play. Cortana on Android has much of the same functionality as the Windows version of the assistant. You can use the app to set reminders, search the web and add items to your calendar. The Android app also comes with the same "notebook" feature, which lets you tweak Cortana's personalized recommendations for nearby restaurants, news alerts, weather updates, sports scored and other categories based on your previous habits and interests. There are, however, a few limitations to the Android app. You can't use Cortana to adjust your phone's settings, launch other apps or use the "Hey Cortana" command to initiate a query. But you can make the assistant feel a little more like a native part of Android by replacing the Google Now shortcut with Cortana when you long press on the home key. Microsoft announced Cortana Analytics Suite that includes Azure ML, the company’s cloud machine learning product, PowerBI, its data visualization tool and Azure Data Catalog, a service designed for sharing and surfacing data stores inside a company. It’s a service that associates data from multiple sources on-demand, using some of the analytics technology it had developed for Power BI to make everyday data queriable by voice and accessible through touch. As for Cortana, which is the Microsoft voice-driven personal assistant tool in Windows 10, it’s a small part of the solution, but Sirosh says Microsoft named the suite after it because it symbolizes the contextualized intelligence that the company hopes to deliver across the entire suite.


2015. Microsoft will bring Cortana to Android and iOS Microsoft announced that both Android and iOS devices will be getting access to a companion app that gives them access to content from their Windows 10 PC from whatever device they choose – and Cortana is coming along for the ride, too. Cortana is also included in Windows 10 on the desktop and you’ll be able to set it up to work with both Android and iOS devices when the companion goes live, too. On Android, it’ll exist as a separate dedicated app (iOS support was only shown as ‘coming soon,’ but it may live inside the Windows 10 companion app instead of as a separate destination). On Android, Microsoft showed it providing weather forecast information, and setting a reminder, plus providing a follow-up alert for said reminder later on.