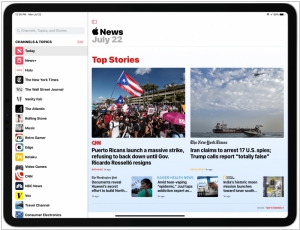 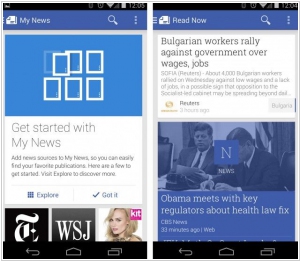 With Google News, discover more of the news and magazines you care about all in one app on your Android tablet or phone. Enjoy breaking news and in-depth articles featuring audio, video and more. From sports, business, cooking, entertainment, fashion and more - now get both free and paid news plus subscribe to vibrant full HD magazines, all in one place. With hundreds of premier publishers - it’s all there, easy to follow, read, and share.
Apple News vs Google News in our news:
2022. Google News redesigned with a cleaner look, more customization options