RPA (Robotic Process Automation) is the technology that allows to configure a software “robot” to emulate and integrate the actions of a human interacting computer to execute a business process or routine tasks.
1
UiPath 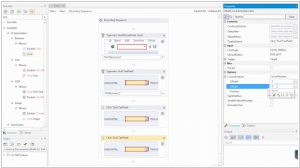 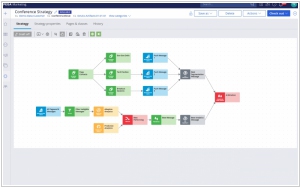 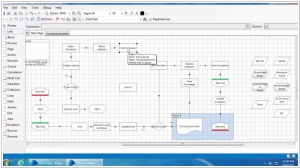 Blue Prism is a Robotic Process Automation software to provide businesses and organizations like yours with a more agile virtual workforce.
5
Nintex 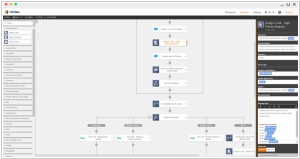 Nintex is the market leader in end-to-end process management and workflow automation. Easily manage, automate, and optimize your processes with no code.
6
Automation Anywhere 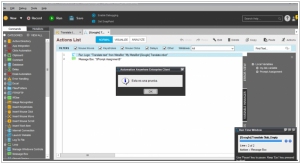 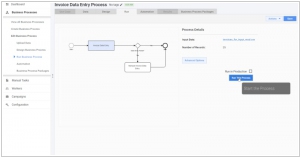 The Intelligent Automation Cloud. An entire automation ecosystem, connected and customized to fit your needs. Ideal for companies growing their RPA capabilities
8
Selenium 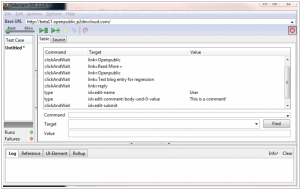 Selenium automates browsers. Primarily, it is for automating web applications for testing purposes, but is certainly not limited to just that. Boring web-based administration tasks can be automated as well.
9
Kofax 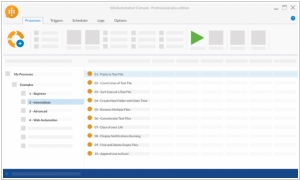 WinAutomation brings the benefits of Robotic Process Automation to your desktop. It offers the most powerful, robust and easy to use windows-based software that allows you to automate routine and repetitive tasks. WinAutomation helps you reduce costs and improve overall speed and accuracy of business processes.
Ad
on Live Enterprise
11
Kryon 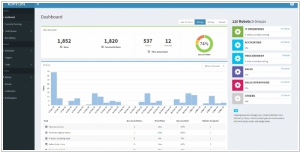 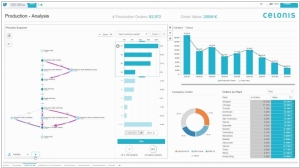 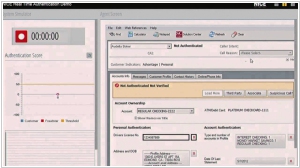 NICE RPA is a process automation tool. It features the Attended Bot system i.e. you can automate a process that requires human interaction in between processing the flow. The automated system stops and allows the user to manually interact with the system when needed.

Luminai, that provides customer support RPA software, has raised $16 million Series A. What Luminai now does is record a video of a user jumping between different systems. Using the Luminai recorder, we keep track of the clicks and keystrokes and our software is able to recognize if there is an API available or not, and then replicate that exact same workflow in the background. Customers describe it like a macro on steroids, but what really separates it from pure RPA tools is the ability to connect to API gateways when they are available. What’s different is that we’re kind of combining RPA with traditional API-based integration.

Mimica, which automates robotic process automation, has raised a $6 million Series A funding. Mimica’s first product, Mapper, operates in the realm of “process discovery,” which “learns patterns from employee clicks and keystrokes” thus generating process maps that normally take business analysts months to produce via manual effort. In other words, it automates the process of automation. Mimica supports RPA teams that build software bots that complete repetitive tasks such as data entry, form completion, and claim and ticket processing. Copenhagen-based process automation and RPA platform Leapwork has snagged Denmark’s largest-ever $62 million Series B funding round. Software testing is a particular focus for the tools, which Leapwork pitches at enterprises’ quality assurance and test teams. It claims that by using its no-code tech — a label for the trend which refers to software that’s designed to be accessible to non-technical staff, greatly increasing its utility and applicability — businesses can achieve a 10x faster time to market, 97% productivity gains and a 90% reduction in application errors. So the wider pitch is that it can support enterprises to achieve faster digital transformations with only their existing mix of in-house skills.


2021. Salesforce steps into RPA buying Servicetrace and teaming it with Mulesoft Salesforce has dipped its toe into the RPA pool by acquiring German RPA company Servicetrace. Salesforce intends to make Servicetrace part of Mulesoft, the company it bought in 2018 for $6.5 billion. When Servicetrace is in the fold, it should fit in well with Mulesoft’s API integration, helping to add an automation layer to Mulesoft’s tool kit. While Einstein, Salesforce’s artificial intelligence layer, gives companies with more modern tooling the ability to automate certain tasks, RPA is suited to more legacy operations, and this acquisition could be another step in helping Salesforce bridge the gap between older on-prem tools and more modern cloud software.

Celonis, the late-stage process mining software startup, announced a $1 billion Series D. The company’s processing mining software sits at the beginning of the process automation food chain, which includes robotic process automation, no-code workflow and other tools to bring more automated workflows to companies. It’s quite possible that the company could develop other pieces of this or use the new capital to buy talent and functionality, something that Rinke acknowledges is possible now with this much capital behind the company.

Laiye, which develops software to mimic mundane workplace tasks like keyboard strokes and mouse clicks, has raised $50 million in a Series C. RPA tools are attracting companies looking for ways to automate workflows during COVID-19, which has disrupted office collaboration. Laiye says its RPA enterprise business achieved positive cash flow and its chatbot business turned profitability in the fourth quarter of 2020. Laiye is expanding its services globally and boasts that its footprint now spans Asia, the United States and Europe. It now employs about 400 staff globally with entities in China, Singapore and the U.S., while it is hiring in Europe.

IT service management vendor ServiceNow became the latest company to take the robotic process automation (RPA) plunge. It has acquired India-based RPA startup Intellibot. The purchase comes at a time where companies are looking to automate workflows across the organization. RPA provides a way to automate a set of legacy processes, which often involve humans dealing with mundane repetitive work. The company can now bring RPA natively to the platform with this acquisition, yet still use RPA bots from other vendors if that’s what the customer requires. RPA startup called Infinitus is coming out of stealth to apply this concept to the world of healthcare. Infinitus uses “voice RPA” to become the machine-generated voice that makes calls from, say, healthcare providers or pharmacies to insurance companies to go through a series of questions (directed at humans at the other end) that typically need to be answered before payments are authorized and other procedures can take place. Those conversations are then ingested into Infinitus’s platform to parse them for relevant information that is input into the right fields to trigger whatever actions need to happen as a result of the calls.

UiPath, one of the leaders in the quickly growing robotic process automation (RPA) space, has closed on $750 million in Series F funding at valuation of $35 billion. UiPath’s self-proclaimed mission is “to unlock human creativity and ingenuity by enabling the Fully Automated Enterprise™ and empowering workers through automation.” Its Automation Platform aims to “transform the way humans work” by giving companies a way to build out and run automations across departments. Robocorp, a San Francisco startup, that wants to bring open source and RPA together, announced a $5.6 million seed investment. The company is built on the open-source Robot Framework project, which was originally developed as an open-source software testing environment, but he sees RPA having a lot in common with testing, and his team has been able to take the project and apply it to RPA. The company is offering a cloud service to reduce the complexity even further of using the open-source tools, and that includes the kinds of features enterprises tend to demand from these projects, like security, identity and access management, and so forth.