Support enterprise-wide identity management across any app, user or device with Okta - a future-proof cloud service designed for maximum ROI & ease of use. A secure, reliable cloud service for today’s hybrid IT reality. Comprehensive Identity Management that has no alternatives. Across All Apps, Users and Devices. Easy-to-use, Superior ROI. Integrated, Future Proof
11
Ping Identity 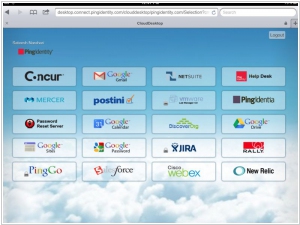 Ping Identity offers secure single sign-on for your employees from any device and gives IT one dashboard to manage user access for all applications. Provisioning is available for popular apps such as Salesforce.com, Dropbox, Concur, WebEx, Box, Office 365 and more.
Okta vs Ping Identity in our news: