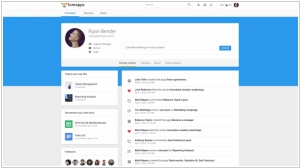 LumApps, the cloud-based social intranet for the enterprise, has closed $70 million in Series C funding. LumApps develops what it describes as a “social intranet” for enterprises to enable employees to better informed, connect and collaborate. The SaaS integrates with other enterprise software such as G Suite, Microsoft Office 365 and Microsoft SharePoint, to centralize access to corporate content, business applications and social features under a single platform. The central premise is to help companies “break down silos” and streamline internal communication. LumApps customers include Airbus, Veolia, Valeo, Air Liquide, Colgate-Palmolive, The Economist, Schibsted, EA, Logitech, Toto, and Japan Airlines, and the company claims to have achieved year-on-year revenue growth of 100%.