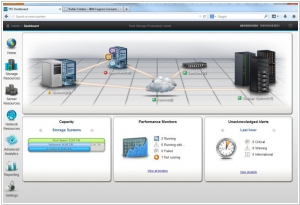 IBM Cloud offers open cloud infrastructure services for IT operations. The IBM Cloud gives you the flexibility to have public, private or hybrid clouds, depending on your business needs. With the IBM Cloud you can unlock more value in your business and in the technology you already have. It’s the cloud that can integrate enterprise-grade services and help speed up the way you innovate.
6
SAP Cloud

Get the best of both worlds – the power of real time + the simplicity of the cloud – with our cloud-based deployment option for SAP Business Suite powered by SAP HANA, SAP NetWeaver BW powered by SAP HANA, and the SAP HANA platform.
IBM Cloud vs SAP Cloud in our news:
2021. IBM Cloud Satellite brings IBM public cloud on premises

IBM wants to make its SoftLayer platform as a service a viable, economical option to Amazon Web Services, Rackspace and others. And it’s touting a couple customer wins as proof points for SoftLayer momentum: MutualMind, which helps businesses monitor customers’ social networking interactions, and Vivocha, a customer engagement SaaS product. One big selling point is that SoftLayer offers free private networking across all its data centers, which is unique, according to Server Density CEO David Mytton. That can result in significant savings for growing companies. But still IBM has a long row to hoe to wean significant numbers of startups off of AWS and Rackspace.  Amazon, in particular, grew with the startups that flocked to it for the last seven years, and for every IBM case study, AWS probably has two dozen. But IBM Softlayer does have its advantages, including the aforementioned hybrid infrastructure, a mature set of products and credibility in running large-scale workloads. Wimbledon tennis tournament (which is taking place right now) - is a beautiful example of Cloud technology usage. For 50 weeks of the year, Wimbledon acts as a private tennis club with less than 500 members. Come June, IBM helps it to scale up its infrastructure to meet the demands of a global audience for a critical two-week period and then scale back down to support normal operations once it's all over. Site attendance increases to 500 thousand per day, the ticket system launches, the huge number of orders in the online store, sponsor relations intensify. But this is minor compared to the match visualization - today every match is scanned into a virtual 3D-model to collect statistics and control the rules. Of course, this requires a super-powerful computing infrastructure. What would be the club's expenses, if it would buy and maintain it itself? Obviously, it wouldn't be profitable to hold the tournament at all. But thanks to the IBM's cloud Wimbledon tournament brings a good income to the owners.