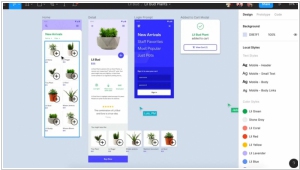 The collaborative interface design tool. Each contributor owns their part of the creative process and stays in sync along the way - across any platform. Securely connect teams, fonts, and libraries across your entire company.
15
InVision 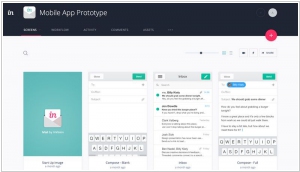 InVision lets you transform your designs into beautiful, interactive web & mobile mockups and prototypes. Upload your designs and quickly turn them into clickable, interactive prototypes complete with gestures, transitions & animations. Send a link to open designs in a browser or on a mobile device, or present them in real-time using our LiveShare presentation tool that revolutionises the design meeting.
Figma vs InVision in our news:
2022. Adobe snaps up Figma for $20B