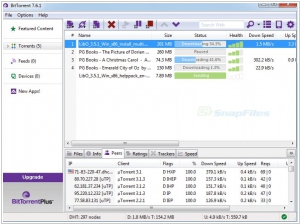 Online file storage and syncing service working as a file system for other Google's services. Allows to sync files between all your computers and mobile devices or collaborate on files with your team and partners. Version control, OCR, powerful online viewer. Provides 5 GB free disk space.
BitTorrent vs Google Drive in our news: