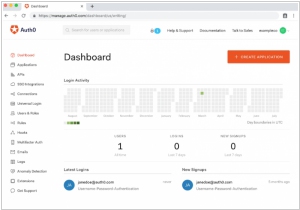 Auth0 is the first identity management platform for application builders, and the only identity solution needed for custom-built applications.
28
Okta

Support enterprise-wide identity management across any app, user or device with Okta - a future-proof cloud service designed for maximum ROI & ease of use. A secure, reliable cloud service for today’s hybrid IT reality. Comprehensive Identity Management that has no alternatives. Across All Apps, Users and Devices. Easy-to-use, Superior ROI. Integrated, Future Proof
Auth0 vs Okta in our news:
2021. Okta acquires cloud identity startup Auth0 for $6.5B