Asana is the shared task list for your team, where you can plan, organize & stay in sync on everything.As fast as a text editor. Plenty of keyboard shortcuts, fewer page loads and mouse clicks. Asana is one app that won't get in your way.
6
Paymo 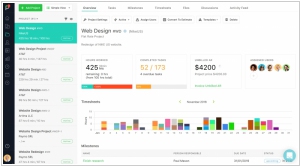