Google Analytics lets you measure your advertising ROI as well as track your Flash, video, and social networking sites and applications. Google Analytics shows you the full customer picture across ads and videos, websites and social tools, tablets and smartphones. That makes it easier to serve your current customers and win new ones.
2
Flurry 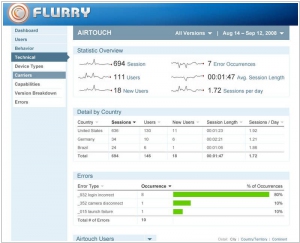 Flurry’s mission is to optimize the mobile experience through better apps and more personal ads. Our market leadership in mobile analytics means data is at the center of everything we do. We turn this insight into accelerated revenue and growth solutions for publishers and developers, and more effective mobile advertising solutions for brands and marketers.
3
Mixpanel

Any question you can ask about your data, Mixpanel can answer. There are many metrics that measure engagement; page views are not one of them. Make your product better by measuring actions, not page views. Mixpanel's power lies in giving you the ability to learn more from your data by being able to ask increasingly important and complex questions. Most analytics products limit insights to basic trend lines, showing for example "number of homepage visits" over time. Mixpanel goes further by enabling you to ask more of your data.
4
Crittercism 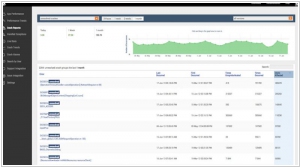 Crittercism was built up from the ground specifically for mobile. Crittercism is a complete Mobile Application Performance Management (mAPM) solution that monitors both errors within the app as well as cloud services that interact with the app.
5
TestFlight 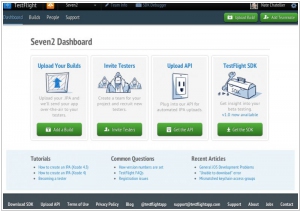 Most of the world's developers rely on the TestFlight platform for beta testing, crash reporting and analytics. Send your beta apps over the air with ease. It's simple, painless, and magical. The added benefit of unlimited devices with all the TestFlight features, at no charge. Manage devices and create custom distribution lists to selectively send builds over the air. Beta testing transparency. No longer wonder which testers received your apps & keep track of feedback.
6
AppsFlyer 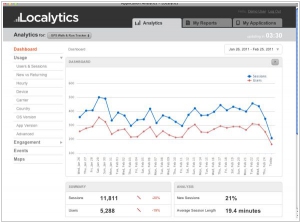 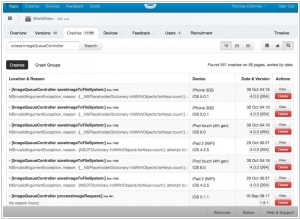 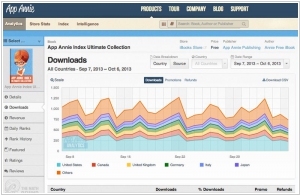 data.ai (former App Annie) is the standard in app analytics and app market data, giving you one easy-to-use platform for running every stage of your app business.
10
Distimo 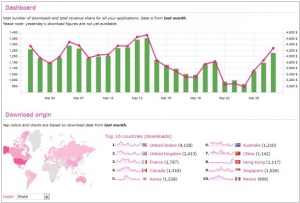 Use our app analytics to analyze the performance of your apps across all major app stores and ad networks. Track downloads, revenues, rankings, reviews, ratings, and keep an eye on the competition. Get a quick birds-eye view on a daily basis using the fully customizable dashboard, or slice-and-dice the data to detailed levels and compare performance across apps, stores or countries.
Ad
on Live Enterprise
11
Geckoboard 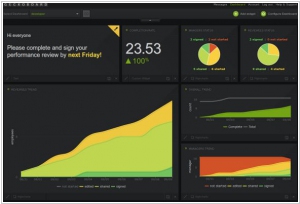 Instant visibility. Use data to make better decisions and motivate your team. Stop wasting time hunting down the data you need. Simply display your key metrics on a beautifully designed and intuitive real-time dashboard. Choose your metrics based on your current business goals. Pull in the data you need from the services you use. See your data in real-time and make informed decisions.
12
Kochava 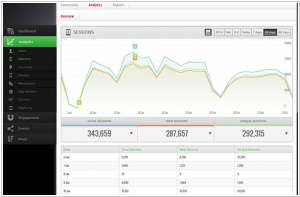 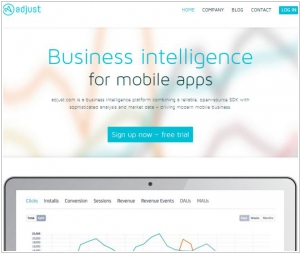 adjust is a business intelligence platform for mobile app marketers, combining attribution for advertising sources with advanced analytics and store statistics. Analyze each cohort and interaction in real time to see how your users respond to updates
14
Apsalar 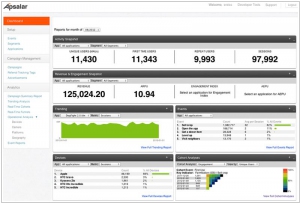 Mobile A/B testing that just works. Taplytics is the only platform that delivers a comprehensive suite of tools that is proven to drive revenue. Enabling your whole team to find insights that make your app more profitable.
16
Apptimize 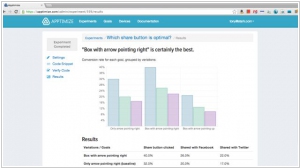 The Most Powerful Mobile A/B Testing Solution. Apptimize's unique expertise in A/B testing means our solution is engineered to handle edge cases without interfering with your users' experiences.
17
Appsee 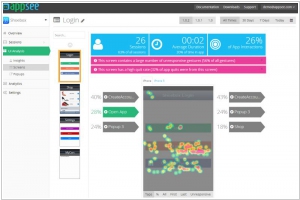 Appsee is a mobile app analytics platform that offers a unique and powerful analytics solution, enabling you to optimize the user experience in your app. It automatically tracks all users' interactions in your app, provides insights into their behavior and helps you keep them happy.
18
Keen IO 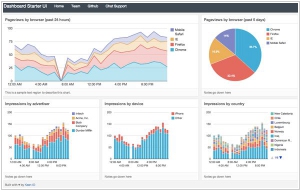 Analytics for Developers. It's really easy to get up and running with Keen IO – any time you can ask questions or give feedback directly to the developers working on it Keen IO, the company allows customers to create their own analytics tools without having to develop the infrastructure from scratch, announced today that it’s open-sourcing one of its key features. By open-sourcing the tools, Keen IO is allowing customers to embed the interface into their own internal websites and apps, customize the interface and potentially improve it and contribute back. For example, a customer like millennial-focused publisher Mic could offer their journalists an area where they can query the data on their own, rather than sticking to “pre-digested reports.” Mobile app intelligence platform App Annie is expanding its feature set with the debut of in-app analytics. The service integrates with Google Analytics, allowing app developers a way to view usage metrics across five app stores alongside data from 34 advertising platforms in an online dashboard. Supported app stores include Apple’s iTunes, Google Play, the Amazon Appstore, the Windows Store, and the Windows Phone Store. Meanwhile, App Annie is able to pull in ad data from services like Tapjoy, Inmobi, Applovin, Facebook, AdMob, AppLift and many more. In-App Analytics is currently a free offering, says App Annie. To get started, developers don’t need to install an SDK – they just add Google Analytics as a new “connection” on their dashboard. Mobile analytics provider Kochava has acquired ad tech company InferSystems and will use its technology to build a product called the Kochava Optimization Beacon. The new product allows the company to move beyond mobile ad measurement into optimization. Currently advertisers using Kochava have to look at campaign data, determine which ad networks or publishers aren’t performing, then contact someone at the ad network to adjust their spending accordingly. With the new Optimization Beacon, this analysis and adjustment can happen automatically, based on rules and goals identified by the advertiser. There’s plenty of ad optimization technology out there, but it’s largely controlled by the demand-side platforms, i.e., the buying tools used by many advertisers. The issue there is that advertisers are then choosing DSPs based on their optimization capabilities, not the quality of their ad inventory. A/B testing service for mobile apps Taplytics adds support for Android apps (the service was previously iOS-only) and an analytics product called Taplytics Insights (wuch gives customers key indicators like acquisition, engagement, cohort and retention analysis and activation analysis without any instrumentation). Service like Taplytics allow developers to test variations of their app interface and code, and to make those changes without going through the App Store approval and update process. (There are a number of other startups focused on mobile testing, including Apptimize — and Optimizely). Israeli startup Appsee, that offers an array of tools for measuring mobile app user behaviour, has topped up its funding by closing a modest $2 million series A round. Appsee has several unique features, including touch recording that tracks all touch gestures in each of an app’s screens and aggregates them into easily digestible heat maps, conversion funnels, and crash recordings that detect and record crash sessions automatically as well as provide crash logs. The goal of Appsee, of course, isn’t just to help developers improve the user experience based on the insights its analytics service can provide, but, in turn, to enable them to increase user engagement, retention and those potentially lucrative in-app purchases.