Siri is #3 in Top 12 Virtual Assistants 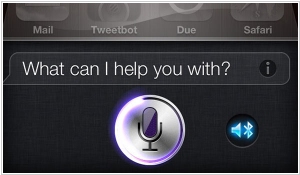 Talk to Siri as you would to a friend and it can help you get things done — like sending messages, placing calls, or making dinner reservations. You can ask Siri to show you the Orion constellation or to flip a coin. Siri works hands-free, so you can ask it to show you the best route home and what your ETA is while driving. And it’s connected to the world, working with Wikipedia, Yelp, Rotten Tomatoes, Shazam, and other online services to get you even more answers. The more you use Siri, the more you’ll realize how great it is. And just how much it can do for you.

2017. iOS 11 gets windows and file system. Siri gets a translator

Apple unveiled iOS 11 with some Windows-specific features that focus on productivity. The first is a new app called Files, which brings desktop-style file management to iPad. The app brings together all your files and supports nested folders, tags, search, etc. Files also supports iCloud and third-party storage providers like Dropbox and Google Drive. Apple also introduced new windows-view and drag-and-drop support between windows. iOS 11 is bringing translation to Siri so that you can ask the voice assistant how do say a certain English phrase in a variety of languages, including, at launch, Chinese, French, German, Italian and Spanish. Apple released the new version of its desktop operation system macOS Sierra. It’s available in the Mac App Store as a free download. One of the most promising changes is that Siri is coming to the Mac for the first time. The assistant can replace many of Spotlight’s features – like helping you find a file, perhaps, or search through photos. It can also help you interact with your Mac, like turning on or off your Wi-Fi, start FaceTime calls, set reminders, or adjust your volume. Siri on Mac is all about multitasking. So you can be working on one thing, like finishing up a document, and ask Siri to send a message to your coworker saying it’s on the way — without stopping what you’re doing. Apple announces the new Siri feature - Proactive Assistant, which makes it a Google Now competitor. It is a mix of Google Now and similar tools that aim to make the user’s life easier by trying to infer what they may want to do at a given time. With Proactive, which was likely built on top of its acquisition of Cue, Apple will now also be able to tell you when to leave for the airport, but based on calendar events or a boarding pass that’s stored in Passbook. Similarly, you may get a similar notification that it’s time to leave based on other location-tagged calendar entries. The service will also be able to show location-based recommendations for restaurants when it’s dinner time. The tool will also highlight breaking news and all of these notification will be able to deep link right back into the apps they originated from. Apple presented the new version of its mobile platform iOS 9 that will launch this fall. The new features include low-power mode (that will give your iPhone up to 3 extra hours of battery life), Proactive - an update to Siri, that will let it proactively tell you some useful information (like Google Now does), new Apple Maps with transit directions, Apple Wallet - rebranded PassBook, that now lets you add store cards as well as loyalty and rewards cards, Apple News - rebranded Newsstand app (that now works like Flipboard). And iPad will get a new split-screen app mode which allows users to run two different apps side-by-side. Apple says iOS 9 will work on any device that supports iOS 8.