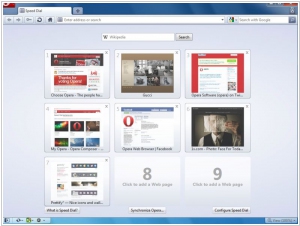 The Opera browser is a fast, simple and safe way to get around on the web. Download it for free at the official Opera Software site. 
2017. Opera unveiled browser of the future 
2016. Opera browser with a built-in VPN became available to all