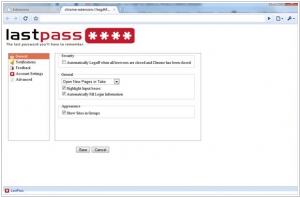 LastPass is there when you need to login, generate a password for a new site, or complete an online order. We've streamlined the browsing experience with features that take the hassle out of logging in and signing up, so you can forget about passwords forever.