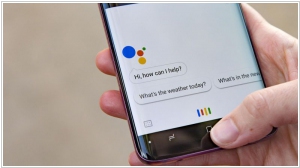 Virtual assistant integrated in conversational user interface products: Google Allo and Google Home. You can ask a question for an answer, and follow up with multiple questions, with Google picking the conversation out and returning the right answer.

2022. Google is integrating Assistant and Calendar reminders with Tasks Currently, Google Tasks works in its own silo. You can create tasks and subtasks and set reminders in the iOS and Android apps or through a side panel in Gmail or Google Drive on the web. However, those don’t really show up on your Assistant reminders. Plus, Calendar has two separate options to create tasks and reminders, which might confuse users. Google is trying to change this with an update that will roll out in the coming months. Once it’s available, when users set a reminder with Google Assistant, it will show up in both Tasks and Calendar lists. They will also get a notification for the task completion reminder at the set time.


2020. Google Assistant can now use your voice to verify purchases Making purchases with your voice is convenient, but it's far from secure. Google is attempting to change that when using Assistant by introducing an optional voice verification test. the new security feature relies on Google Assistant's Voice Match and it's being rolled out slowly as part of a limited pilot program to test how well it works with smart speakers and smart displays. The Voice Match training feature was updated recently to include phrases so that Assistant could more accurately determine who is issuing commands. With better accuracy, Google clearly feels Voice Match is good enough to now act as an extra layer of security.


2020. Google Assistant on Android can now read entire web pages to you Google starts rolling out the feature that would let Google Assistant read entire web pages aloud to you. It’ll also highlight the text and auto scroll the page as it reads, helping you to keep track of where the reading has gotten in a story. You can tweak the read speed if the defaults are too slow/fast for you. If the page you’re asking assistant to read is in a language that isn’t your default, it can automatically translate more than 40 languages into your language of choice. Google says this feature should work on just about every modern Android phone going back to Android 5 (Lollipop).


2020. Google Assistant will be able to read texts Google announced a new feature for the Google Assistant on Android phones that turns it into a supercharged screen reader. When you say “Hey Google, read this,” it will find the main text on whatever webpage or article you’re looking at and read it out loud to you. Screen readers aren’t new on phones, but Google says it has improved the Assistant’s ability to parse sentences and therefore speak them with more natural, human-sounding cadences. The flashiest feature, however, is that you can also ask the Assistant to read it out loud to you in a different language, up to 42 of them.

Google announced two new features for Google Assistant: custom routines and schedules — both focusing on automating things you do regularly, but in different ways. The first lets you trigger multiple commands with a single custom phrase — like saying “Hey Google, I’m awake” to unsilence your phone, turn on the lights and read the news. Schedules, meanwhile, could trigger a series of commands at a specific time on specific days, without you needing to say a thing. Google Assistant has launched on iPad to allow customers to control their smart home, make calls, send texts, set reminders and more, from their Apple tablet. It’s offered on iOS in English, French, German, Italian, Japanese, Portuguese (Brazil) and Spanish, Google notes. The arrival on iPad offers a similar experience as on iPhone, the only real difference being the larger screen and support for iPad-only features, like multitasking with a split screen. While there’s a lot of talk of the growing traction of smart speakers, like Amazon Echo, Google Home and Apple’s HomePod, voice assistants have the potential for even broader reach by way of mobile devices. Of course, neither the Alexa app nor Google Assistant are as accessible on iOS devices like iPad, compared with Siri, which can be activated with a press of a button or the voice command, “Hey Siri.” Google Assistant is getting two new features: Routines and location-based reminders. With Routines, you can create personalized commands and responses – for example, saying “OK Google, I’m home,” could turn on the lights, adjust the thermostat, and play some music. It’s a feature that rival Alexa announced in September 2017. Location-based reminders is another new feature set to roll out in the near future. This option is already available in Google Assistant on smartphones, but it will now be integrated into Google Home devices, as well. Besides Google announced forthcoming Google Assistant’s multilingual support and the addition of more languages this year, Google also announced this morning its smart assistant

Google Assistant, the Alexa/Siri-like AI offering is the heart of Google's new phone Pixel, announced today.  And much like Alexa, the company is set to open its smart helper to third-parties. The company’s answer to Amazon’s Skills is the ironically passively named Actions on Google. The program will open Assistant’s SDK to developers starting this December. With it, devs will be able to create two kinds of actions – Direct and Conversation. The former entails simple requests like home automation, while the latter is more of a back and forth interaction utilizing API.ai. Google is launching Allo, its AI-centric messaging app for iOS and Android that contains Google Assistant, the new conversational assistant. Google Assistant is much more than a simple messaging bot, which tend to have a fairly limited set of capabilities. There are two ways to interact with Google Assistant. You can chat with it directly — Assistant appears alongside your other conversations in the app — or you can call it up while you're chatting with friends by starting a message with @Google. In both cases, it can help with many things that you would use a quick Google search for (think translations, conversions, directions, flight statuses etc.) and even has a few extra tricks, like (again) photo recognition. It's still in a "preview" stage, according to Google, who plans to bring the feature to many more products in the future. Google has launched its own voice-based digital assistant: Google Assistant, that is smarter than Siri and Cortana. You can ask a question for an answer, and follow up with multiple questions, with Google picking the conversation out and returning the right answer. Google Assistant will appear in  the new Google messaging app, Allo and work during conversations and automatically try to help with, for instance, dinner reservations the group is discussing. It will also bring in outside, relevant information like restaurant cards, (the kind you normally see in Google Now and Google search results), and then guide users through setting number of diners, time to dine and making reservations with Open Table. The latest version of Android (Marshmallow) marks the debut of Now on Tap, which gives Android users additional information about whatever they're doing — texting, listening to music, reading news - in a single tap. The feature will first be available on Nexus handsets, since Nexus devices are the first to get the Marshmallow update. Think of Now on Tap as an opt-in, supercharged version of Google Now, which proactively provides search results based on your previous behavior. In previous versions of Android, Google Now may have sent alerts for traffic conditions for your commute home or offered up a playlist from one of your music apps as you leave the office.