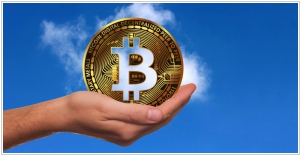 Open source P2P money. Bitcoin uses peer-to-peer technology to operate with no central authority or banks; managing transactions and the issuing of bitcoins is carried out collectively by the network. Bitcoin is open-source; its design is public, nobody owns or controls Bitcoin and everyone can take part. Through many of its unique properties, Bitcoin allows exciting uses that could not be covered by any previous payment system.

The best alternatives to Bitcoin are: PayPal, Apple Pay Microsoft is now accepting Bitcoin for buying games and other digital content on its Windows, Windows Phone and Xbox platforms, and is working with payments firm Bitpay to make this happen. There are some caveats to note, however. Customers can use bitcoin to load money into a Microsoft wallet or to create digital gift cards, but direct payments with the cryptocurrency are not supported at this time. Finally, bitcoin payments appear to be limited to customers in the U.S. Microsoft is traditionally considered to be a slow moving giant with one foot stuck in the past. Accepting Bitcoin doesn’t directly correlate to its recent (and somewhat surprising) moves to make its core services like Office available on rival platforms and using premium pricing models, but the fact that it is ready to embrace an upcoming technology before many of its rivals is a sign that Microsoft’s ethos may have modernized. Visa CEO Charlie Scharf said that while the company is not currently responding to developments in the bitcoin space, it could be well positioned to do so in the future, should circumstances require. Here is what Scharf told Scharf told: "Visa is not a currency, it’s a network. We can process real or virtual currencies to the extent that it makes sense. So, [facilitating bitcoin payments] is possible but we are not thinking about it today". Scharf further explained that Visa has no interest in creating a Visa-branded digital currency, as has been suggested of some of its competitors who have sought to secure digital currency-related patent filings. BitPay, the pioneer in BitCoin payment processing is dropping the 1 percent transaction fee on all starter plans. That means merchants who sign up for the starter plan get access to the BitPay API, app and plugins for free, with no transaction costs and no limit on how many (or the amount) of transactions on the plan. The paid plans include things like 24/7 phone support, personal account managers and Quickbooks integration. BitPay's main rival, Coinbase, that processes payments for companies like Expedia and Dell, has a different pricing plan. It charges a one percent fee to cash out bitcoin to a bank account, but only after the first $1,000,000 in sales. PC maker Dell is to begin accepting payments via Bitcoin for products purchased on its website. Moreover, there would be a 10 per cent discount on certain products if purchased with the cryptocurrency. Coinbase, one of the major bitcoin payments processors, landed the business. Customers who chose bitcoin as their payment method when on Dell’s website will be sent over to Coinbase’s site to complete the purchase, a fairly common procedure. For bitcoin, it’s one of the biggest signs yet of mainstream acceptance. With nearly $57 billion in sales in 2013, Dell would be by far the largest company to take bitcoin.


2014. Google and Microsoft add Bitcoin to their currency convertors One fun Google search trick is the ability to type in “5 Euro in USD” and get an acceptably accurate currency conversion in a few seconds. Now, however, you can get your Bitcoin on by simply typing “price of bitcoin” or “X bitcoin to euro.” The feature rolled out yesterday as a reaction to Microsoft Bing’s addition of BTC pricing in that search engine. Google partnered with Coinbase to support BTC conversions. The ability to use BTC in queries follows Google Finance’s addition of a special bitcoin page on the site last June. Popular online store-building platform Shopify had already supported bitcoin merchant service BitPay since November, but announced today that its users could start accepting bitcoin via Coinbase, pitting the two payment processors against each other. Thus Shopify may just be stoking the flames between the two natural, but growing competitors. As Shopify acknowledged by integrating both processing companies, each