Tableau complements your natural ability to understand data visually. Our breakthrough products let you create rich analyses and share your insights with colleagues in seconds. Connect and visualize your data in minutes. Tableau is 10 to 100x faster than existing solutions. From spreadsheets to databases to Hadoop to cloud services, explore any data with Tableau.
11
Tibco Spotfire 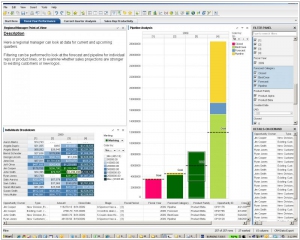 TIBCO Spotfire is analytics software that helps you quickly uncover insights for better decision-making. TIBCO Spotfire designs, develops and distributes in-memory analytics software for next generation business intelligence. Compare how your data looks in different visualizations. Spotfire Recommendations will inspect your data and make suggestions based on what you upload.
Tableau vs Tibco Spotfire in our news: