Smartsheet is an online project management and crowdsourcing tool. It allows owners of information to comprehensively involve contributors through authenticated access, publicly-accessible published sheets, or via embeddable survey forms. Functionality is focused on the ability to organize, share, and update tasks and files.
32
Wrike 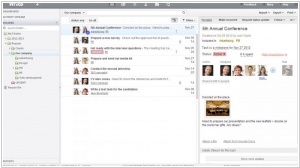 Juggling multiple projects? Wrike makes it easy and efficient for you. It lets you easily adjust plans on the Gantt chart, optimize schedules in the workload view, create custom reports, track time and much more — all with a few mouse clicks.
Smartsheet vs Wrike in our news: