SAP’s intelligent ERP solutions are the Digital Core that enable businesses to integrate end-to-end cross functional next generation business processes so that companies can become intelligent. SAP's cloud ERP solutions use intelligent technologies to help you grow, innovate, and optimize time and resources – no matter the size of your business.
15
Sage 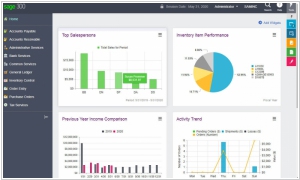 Sage Business Cloud is the right, proven solution for mid-market customers with international ambitions and multi-national requirements. Sage Business Cloud technology is available on all leader platforms in the market with End-to-end process integrity and data consistency in your Webtop across the enterprise.
SAP ERP vs Sage in our news:
2021. SAP is buying Berlin business process automation startup Signavio