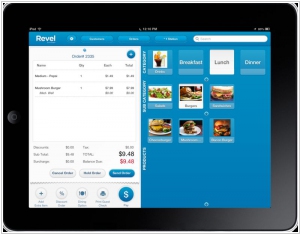 The first wired ethernet connectivity for iPad POS systems. Manage multiple devices universally from any remote location. Save time with reports that explain your business progress and projection to you. Keep business up and running during an Internet slow-down or power outage
10
TouchBistro 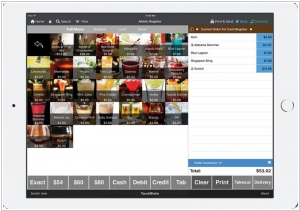 iPad POS solution that helps restaurateurs make more money, deliver a great customer experience, and take the guess work out of making business decisions. TouchBistro was designed to make managing your business easier, so you can focus on why you opened your restaurant in the first place.
Revel vs TouchBistro in our news:
2022. TouchBistro bakes CAD$150M into restaurant management tech recipe

TouchBistro, an iPad-based restaurant management platform, has secured CAD$150 million. TouchBistro integrates both marketing and customer relationship management capabilities in its suite of tools. TouchBistro has deployed more than 64,000 of its terminals that provide automated online ordering, menu and delivery management, contactless payments, marketing and customer engagement tools. The company also acquired TableUp in 2020, a move which became the foundation for its guest engagement, loyalty and marketing tools. The company also offered online ordering at no cost to its customers while they couldn’t offer in-person dining.