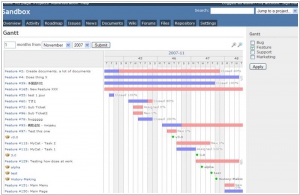 Redmine is a flexible alternative project management web application. Written using the Ruby on Rails framework, it is cross-platform and cross-database. Redmine is open source and released under the terms of the GNU General Public License v2 (GPL).
6
RhodeCode 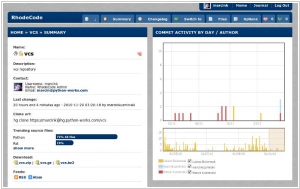 RhodeCode Enterprise is the secure collaboration environment that works the way you do — with your workflows, your permissions, on your platforms. Safely tucked behind your firewall. Increased project security and permissions control along with real-time repository news feeds give managers a birds eye view on project progress and complete control over access to highly sensitive data, driving projects to come in on-time and under budget with no compromise on either productivity or security.
Redmine vs RhodeCode in our news:
2014. Enterprise code management service RhodeCode get $3.5M funding