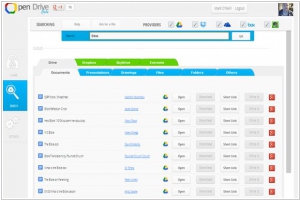 OpenDrive is a remote drive for your computer, that allows you to store, share or back up files from your computer on the Internet. You can store anything and share it with anyone, right from your desktop.
OneDrive vs OpenDrive in our news:
2018. Microsoft added AI transcription to OneDrive and SharePoint