Support enterprise-wide identity management across any app, user or device with Okta - a future-proof cloud service designed for maximum ROI & ease of use. A secure, reliable cloud service for today’s hybrid IT reality. Comprehensive Identity Management that has no alternatives. Across All Apps, Users and Devices. Easy-to-use, Superior ROI. Integrated, Future Proof
6
Salesforce Identity 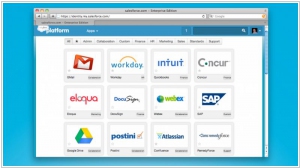 One login for all your web, mobile and on-premises apps. That makes it easier for IT. And users. Improve usability and security with standards-based single sign-on to all your enterprise apps. Provide single sign-on, authorization and mobile specific policies for standard Salesforce apps, or custom apps built with Mobile Services. Instant internal and external collaboration with social feeds built into Identity services.
Okta vs Salesforce Identity in our news: