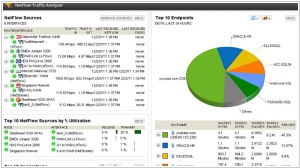 Monitor & manage your network with unified visibility into fault, performance, availability, traffic, & configurations. Get instant visibility across all system resources that can impact application performance and fix them fast. Find, analyze & resolve your toughest performance issues on SQL Server, Oracle, Sybase, and DB2. Automate 24x7 security monitoring and response to stop threats in their tracks and maintain continuous compliance.
New Relic vs SolarWinds in our news:
2022. New Relic enters the security market with its new vulnerability management service IT management company SolarWinds has acquired the cloud-based log-monitoring and analytics service Loggly. According to its marketing materials, about a third of the Fortune 500 use the company’s services, including the likes of Lenovo, Pizza Hut and Dell. SolarWinds argues that this acquisition will expand the company’s engineering and analytics expertise and that it will push the company’s overall strategy of building a full-stack monitoring platform. SolarWinds, which has acquired its fair share of companies (including Pingdom) over the years, will keep the Loggly brand and product alive.