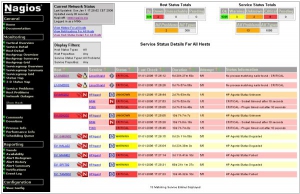 Nagios unveiled Nagios Log Server - a powerful enterprise-class log monitoring and management solution that allows organizations to quickly and easily view, sort, and configure logs from any source on a given network. Log Server extends Nagios' existing network management offerings by providing users with the ability to dive deep into network events, logs, and performance standards. Nagios Log Server greatly simplifies the process of managing network log data. With configuration wizards, users can get up and running quickly to start monitoring their logs in minutes. Log Server provides a central dashboard and management interface to easily oversee and drill down into infrastructure issues, network errors, and log events.