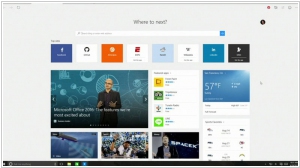 Search faster in the address bar. No need to go to a website to search for pictures of adorable penguins. Stay put and save time by entering your search in the handy address bar. You’ll get search suggestions, results from the web, your browsing history, and favorites right on the spot. Microsoft Edge is the only browser that lets you take notes, write, doodle, and highlight directly on webpages. Add a few secret ingredients to a recipe right on the screen to share with your fellow amateur chefs, collaborate on a new project with your coworkers, or have fun with your kids—the web is your palette.
6
Yandex Browser 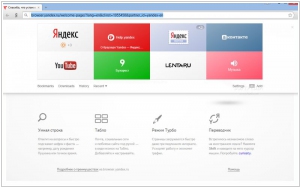 The quick, convenient, and secure browser from Yandex. SmartBox will search for anything you need, while Tableau takes you straight to your favorite sites. Smart yet simple browser for all devices
Microsoft Edge vs Yandex Browser in our news:
2021. Microsoft Edge now starts up faster and gets vertical tabs Long-awaited vertical tabs in Microsoft Edge are now generally available. In addition, the new Edge will start significantly faster (up to 41% faster according to Microsoft’s preliminary tests, to be precise). Since Microsoft can’t speed up your hard drive or significantly shrink Edge, though, the way the team achieves this is by loading the browser in the background when you sign in and then it’ll continue running when you close all browser windows. If that’s not to your liking, you can always turn this feature off. 
2016. Microsoft makes its Edge browser the safest in the world