Microsoft Azure is an open and flexible cloud platform that enables you to quickly build, deploy and manage applications across a global network of Microsoft-managed datacenters. You can build applications using any alternative language, tool or framework. And you can integrate your public cloud applications with your existing IT environment.
7
Oracle Cloud 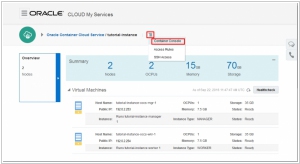