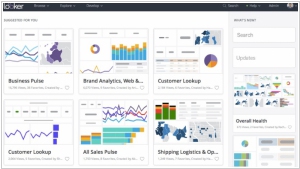 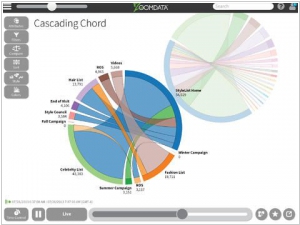 Next Generation Big Data Analytics, Learn how to connect to Hadoop, Apache Solr, Stream Process billions of records, and visualize them using D3. Search through billions of records in seconds. Use filters and faceted search to narrow results. Replace lengthy/time consuming queries
Looker vs Zoomdata in our news:
2014. Zoomdata wants to disrupt Business Intelligence market

Business Intelligence becomes a very hot and competitive market, but Zoomdata wants to disrupt the space and they got $17M in Series B funding to continue their quest. Zoomdata CEO Justin Langseth says that their BI competitors such as Tableau and Qlik  were born in the world of SQL and data warehouses. He believes today’s data analytics need a more modern approach. His company was built to process today’s platforms like Hadoop, Spark and NoSQL and he says unlike his competitors, they were built from the ground up to do it. One neat feature in Zoomdata is the ability to stream it like a video