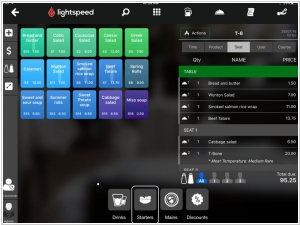 Lightspeed is the leading provider of cloud-based POS software. Our customers typically see a 20% growth in sales after their first year. Now is the time to join the growing list of independent businesses that choose Lightspeed POS to handle their everyday needs. Lightspeed Restaurant allows you to create your menu in seconds, update your floor plan directly in the system, impress customers with photos of items and allow your staff to focus on creating a unique restaurant experience.
31
Square 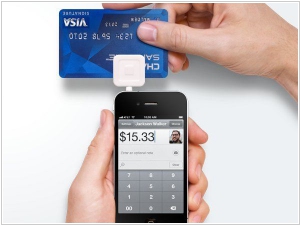 Accept credit cards on your iPhone, Android or iPad. Send invoices free with Square Invoices. Signing up for Square is fast and free, and there are no commitments or long-term contracts like with alternative services.
Lightspeed vs Square in our news:
2021. Square acquires buy-now, pay-later company Afterpay for $29 billion

Square has agreed to acquire Australian buy-now, pay-later service Afterpay in an all-stock deal worth around $29 billion, making it one of the biggest acquisitions in Australian history. Square stating that it plans to integrate Afterpay into both Cash App and Seller. Cash App allows customers to make payments and transfer money, while Seller is targeted toward retailers. Once Afterpay is integrated, Cash App users will be able to manage their Afterpay payments within the app, while merchants who use Seller will be able to offer Afterpay to customers. Lightspeed just announced the acquisition of Upserve, expanding Lightspeed’s presence in the restaurant industry. The company already offers cloud-based point-of-sale software for restaurants and other businesses. Upserve was founded back in 2009 as one of several startups encouraging users to share their purchase information with friends. It shifted its offerings to business tools around payments, marketing and loyalty, eventually rebranding as Upserve as it became increasingly focused on the restaurant market. Combining forces with Upserve is a strategic next-step in Lightspeed’s vision of providing the most advanced commerce platform to high-performing businesses around the world. Square which is best known for its payment software will acquire Weebly for $365 million. Weebly offers easy-to-use website-building tools and is focused on serving small businesses and e-commerce companies. The company raised $35.7 million in funding Square says that by acquiring Weebly, it can create “one cohesive solution” for entrepreneurs looking to build an online and offline business. And because 40 percent of Weebly’s 625,000 paid subscribers are outside the U.S., the deal will help Square expand globally.