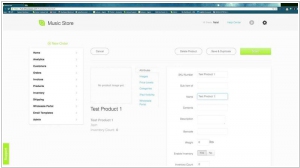 Three years ago we set out to create the #1 order and inventory platform for small businesses. Along the way, we joined forces with Intuit which has only brought us closer to that vision. Our team is now focused on using our expertise to deliver a world class order and inventory experience within QuickBooks Online.
44
QuickBooks

QuickBooks Online puts you in control of your finances, your time, your business—and where you work. From setup to support, QuickBooks Online makes your accounting easy. With simple tools to get you started, free support, and a money-back guarantee, QuickBooks Online is the effortless choice.
Lettuce vs QuickBooks in our news:
2017. Intuit acquired time-tracker TSheets