HubSpot offers a full stack of software for marketing, sales, and customer service, with a completely free CRM at its core. They’re powerful alone — but even better when used together.
9
Insightly 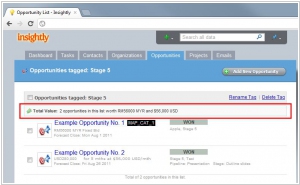 Insightly is a great tool to help small businesses deal with the vital task of managing your contacts, organizations, partners, vendors and suppliers. Using CRM best practices, you can see everything about a contact - from background, email history and important dates, to any projects or opportunities in which they have participated
HubSpot vs Insightly in our news:
2020. HubSpot’s new end-to-end sales hub aims to simplify CRM for mid-market customers