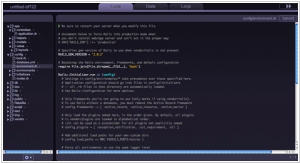 Heroku is the leading platform as a service in the world and supports Ruby, Java, Python, Scala, Clojure, and Node.js. Deploying an app is simple and easy. No special alternative tools needed, just a plain git push. Deployment is instant, whether your app is big or small.
21
Microsoft Azure

Microsoft Azure is an open and flexible cloud platform that enables you to quickly build, deploy and manage applications across a global network of Microsoft-managed datacenters. You can build applications using any alternative language, tool or framework. And you can integrate your public cloud applications with your existing IT environment.
Heroku vs Microsoft Azure in our news:
2021. Microsoft launches Azure Container Apps, a new serverless container service