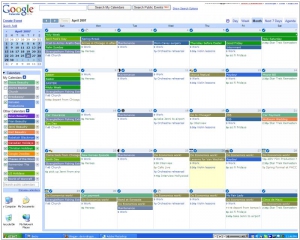 Google Calendar is a free time-management web application offered by Google. The Ajax-driven interface enables users to view, add, and drag-and-drop events from one date to another without reloading the page. It supports view modes such as weekly, monthly, and agenda. Google Calendar allows multiple calendars to be created and shown in the same view. Each can be shared, either read-only or with full edit control, and either with specified people or with everyone (public calendars).
19
Outlook 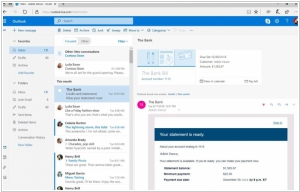 Microsoft Outlook is a personal information manager from Microsoft. It can be used as a stand-alone application, or can work with Microsoft Exchange Server and Microsoft SharePoint Server for multiple users in an organization, such as shared mailboxes and calendars, Exchange public folders, SharePoint lists and meeting schedules.
Google Calendar vs Outlook in our news:
2020. Microsoft Outlook is getting text predictions, 2 years after Gmail 
2018. G Suite apps and Google Calendar are getting Gmail’s side panels