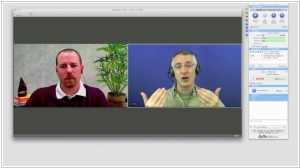 Microsoft Teams is the chat-based workspace in Office 365 that integrates all the people, content, and tools your team needs to be more engaged and effective.
GoToWebinar vs Microsoft Teams in our news:
2021. Microsoft updates Teams with new presentation features