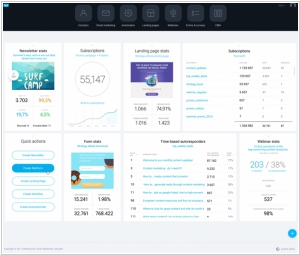 Increase Sales & Engage Customers With Email Newsletters. GetResponse makes all your newsletters look great on all devices, automatically. Computers, smartphones, tablets... you will WOW your audience every time. Best part is, you don't need to do anything. Responsive email design works its magic behind the scenes to get you 42% more results and more sales.
58
HubSpot

HubSpot offers a full stack of software for marketing, sales, and customer service, with a completely free CRM at its core. They’re powerful alone — but even better when used together.
GetResponse vs HubSpot in our news: