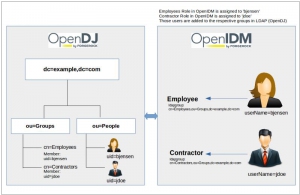 Learn why businesses and governments trust ForgeRock identity and access management solutions for everything from CIAM to IoT. Protect, connect, and manage the digital identities of people, devices, and the internet of things (IoT). We help large organizations secure the identity of anything, build trusted, personalized relationships with their customers, and provide a seamless omnichannel experience.
28
Okta

Support enterprise-wide identity management across any app, user or device with Okta - a future-proof cloud service designed for maximum ROI & ease of use. A secure, reliable cloud service for today’s hybrid IT reality. Comprehensive Identity Management that has no alternatives. Across All Apps, Users and Devices. Easy-to-use, Superior ROI. Integrated, Future Proof
ForgeRock vs Okta in our news:
2021. Okta acquires cloud identity startup Auth0 for $6.5B