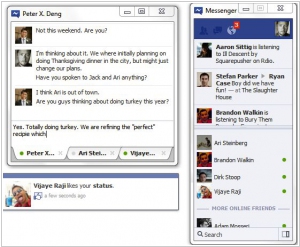 Facebook Messenger is an instant messaging service and software application which provides text and voice communication. Available now for Android and iPhone.
11
Viber

Viber is a mobile app that provides free international calls and text messages to other Viber users using 3G or Wi-Fi. Uses your existing contact list - check out which of your phone contacts and friends is already on Viber so that you can call and text them for free.
Facebook Messenger vs Viber in our news:
2022. Messaging app Viber launches Payments - a new digital wallet