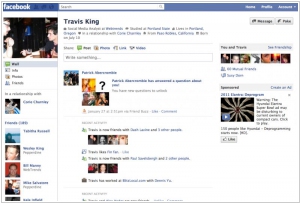 Engage people where they're already engaged. On Facebook, you can target your ads to exactly the people you'd like to connect with. A powerful tool for managing your Facebooks Ads and sponsored stories. Monitor likes, click-through rates, impressions, reach and more.
4
Twitter Ads 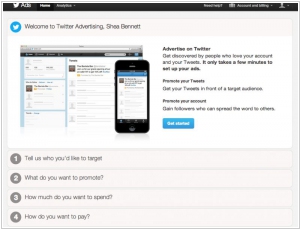 Connect with the most receptive Twitter users at the most relevant moment with our Promoted Products. Build your community of vocal and motivated brand advocates quickly by reaching the Twitter users most likely to be interested in your brand. Deliver your message to non-followers and more of your existing followers with precision thanks to a range of targeting options.
Facebook Ads vs Twitter Ads in our news:
2016. Facebook tests ads in Groups Facebook is going to serve ads to the 1 billion users of its Groups feature.  The ads will look the same as News Feed ads. They’ll be targeted by Group topic as well as the standard identity-based targeting. It’s that diversity of purposes that could boost the value of Groups ads. If Facebook can find a way to reliably categorize the Groups to enhance ad targeting, it could reach people of different interests with highly relevant and lucrative ads. For example, if someone likes Manchester United football team’s Page it indicates that he is likely to buy sports merchandise. Facebook and IBM announced that they will put some of their advertising tools and experts together to help big companies more closely personalize their marketing to customers. The partnership should boost the relevancy of ads. Theoretically, an avertiser might use IBM's data to determine current customers it wants to target through marketing in e-mail and Facebook. Or a sporting brand might work with IBM and Facebook to target real-time Facebook ads to customers who are currently at a game, based on IBM's location data. The collaboration allows the two Big Blues to double down on big advertisers. The partnership should add an incentive for IBM's Fortune 500 roster of clients to come closer to Facebook, which is looking for more advertising revenue. IBM, in turn, can now take advantage of the incredible wealth of data about consumers that Facebook collects. Facebook added new option Product Ads, a set of tools that lets businesses more effectively target Facebook's 1.4 billion or so users with a new, automated process. With Product Ads, businesses who upload their product catalogs to Facebook can manually create ad campaigns or let Facebook to automatically create campaigns and target various kinds of users with ads it thinks will perform well, based on things like a user's interests, general location and whether they've already been to the advertiser's app or website. Product Ads could prove useful to businesses with deep inventories of attractive products: furniture chains, clothing franchises and so on. (For one, those multi-product ads increase the odds of users finding items to buy.) Facebook have launched a new advertising platform Atlas that aims at users on any website making use of their Facebook details. Facebook purchased Atlas from Microsoft last year. The service is designed to match Google’s AdWords - it  will allow to publish ads that follow users throughout the web as well as on mobile devices. Advertisers can purchase can purchase ads on websites and apps outside of Facebook and they can choose whether or not to include Facebook social network. Facebook will use not cookies, but user's Facebook log-in information. Though, this is one move that may not sit well with Facebook users, it nonetheless, presents an option to all advertisers, while equally serving as a competition to Google AdWords. Facebook Business Manager is a new tool that lets marketers and agencies manage multiple campaigns via one interface. You can provide access and assign roles to people working on various campaigns, securely share campaign materials. Business Manager also lets marketers add and delete ad accounts connected to a company and revoke permissions to people using the accounts. The tool also provides workflows that make it easier to separate personal and business experiences on Facebook. People can use their Facebook Login to access ad accounts and Pages without having to be friends with other people to gain access.