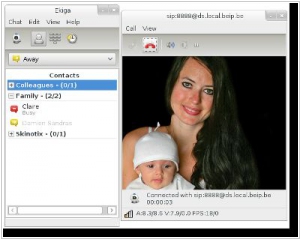 Ekiga (formely known as GnomeMeeting) is an open source SoftPhone, Video Conferencing and Instant Messenger application over the Internet for Linux.
7
Jitsi 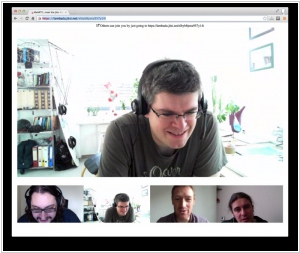 Multi-platform open-source video conferencing. Whether you want to build your own massively multi-user video conference client, or use ours, all our tools are 100% free, open source, and WebRTC compatible.
Ekiga vs Jitsi in our news: