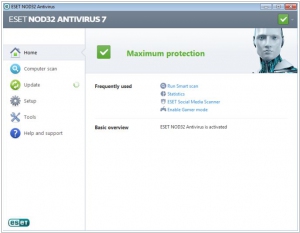 Fast, powerful antivirus for Windows. Protects against hackers, malware and data theft without slowing you down.
21
Kaspersky

Kaspersky Lab gives our customers the power to protect what matters most to them online. We create effective digital security solutions for users worldwide, providing protection for over 400 million people and 270,000 businesses. Our award-winning, innovative technologies help protect money, privacy and data from sophisticated online threats.
ESET NOD32 vs Kaspersky in our news:
2017. Kaspersky Lab released free antivirus