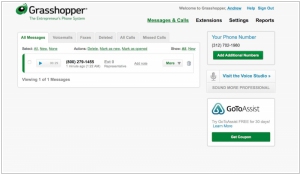 A virtual phone system can help your business stay organized with many calls coming in. Sound professional and stay connected.
Dialpad vs Grasshopper in our news:
2020. Dialpad raises $100M Series E at a $1.2B valuation