Datadog is a monitoring service for IT, Operations and Development teams who write and run applications at scale, and want to turn the massive amounts of data produced by their apps, tools and services into actionable insight.
13
Sumo Logic 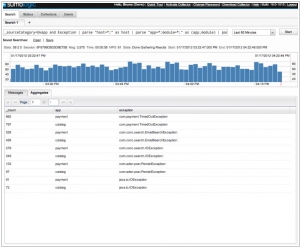 Sumo Logic cloud log management solution processes ALL your production application logs and server log data, analyzes them in real-time and delivers actionable results at a fraction of the cost of on-premise solution.
Datadog vs Sumo Logic in our news: