Datadog is a monitoring service for IT, Operations and Development teams who write and run applications at scale, and want to turn the massive amounts of data produced by their apps, tools and services into actionable insight.
21
Prometheus 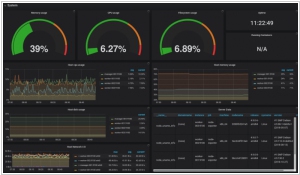